Greenfields go to the Film Festival

Year Three and Four enjoyed a lovely afternoon at Odeon Cinema, Kettering, on Thursday. There were lots of laughs and treats during this exciting and free trip to the cinema. They would like to say a special thanks to the 'Into Film' Festival, who organised this free opportunity to get the children interested in film and the film making process. 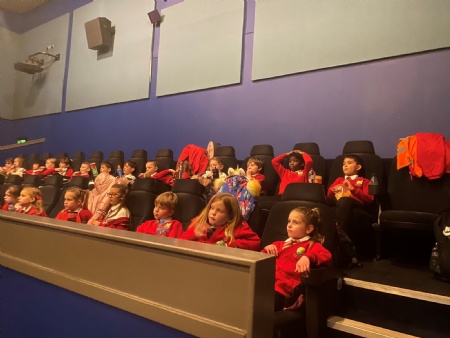