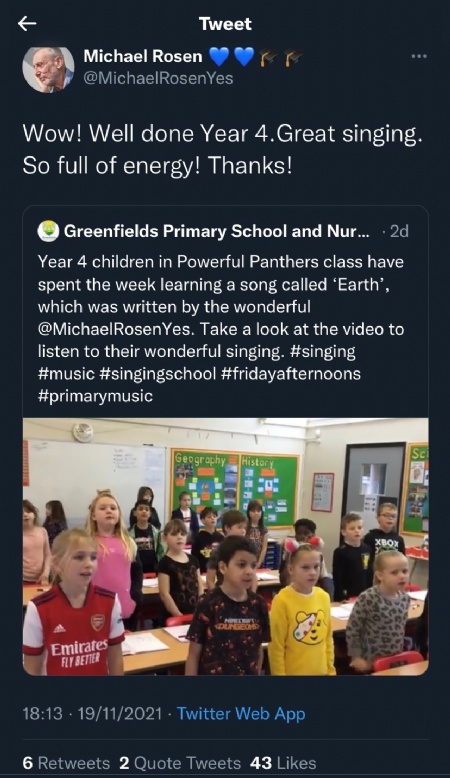 Year Four children in Powerful Panthers class spent their registration time last week learning a song called ‘Earth’, which was written by the wonderful author, Michael Rosen. After they had mastered the song, they decided to perform an acoustic version, which was recorded by Mr. Leach and uploaded onto the school’s Twitter account for the world to see. Surprisingly, their performance was seen by Michael Rosen, who said “Wow! Well done Year Four. Great singing. So full of energy! Thanks!”. Mr Leach and all of the children in Powerful Panthers were delighted to learn that Michael Rosen liked their rendition of ‘Earth’. If you would also like to watch their performance, please click on the link below: