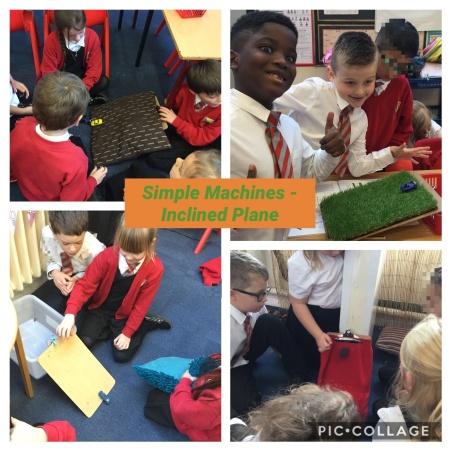 In their first science lesson this term, Marvellous Meerkats studied inclined planes, including what they are and what they are used for. Interestingly, they learned that an inclined plane is smooth surface that is sloped - one end is higher than the other, which makes it easier to move objects over the surface. For their experiment, they explored how the different surfaces on an inclined plane can influence the ease at which a car can move over the surface. Children discovered that a smooth, wooden surface allowed the car to move the fastest, but artificial grass made the car move the slowest. Children suggested that the artificial grass was a less effective material because it is thicker and less smooth, thus making it difficult for the car to move over.