Year Four kicked off their learning for the summer term through a series of activities linked to the topics they will be studying in science, reading and Latin. For reading, they began to explore the wide variety of beetles that can be found across the world, where they began to discuss the similarities, differences and beautiful patterns that many beetles have. They were then able to use natural resources (such as leaves, twigs, etc) to create a model of their favourite beetle, before adding colour and detail to resemble that of their chosen beetle. We cannot wait to get stuck into 'The Beetle Collectors Handbook' and continue reading our class novel, 'Beetle Boy', both of which have been written by M.G. Leonard. In science, we will be studying ecology and classification, so the children had a go at creating their own mini terrariums suitable for small bugs, insects and spiders. Following this, we embarked on a mini beast hunt to collect residents for our terrariums, which we will for a couple of days, before releasing them back to their natural habitats. In addition to this, we analysed some historic defixiones (curse tablets) that had been created by the Ancient Romans and thrown into the sacred spring as a plea to the local goddess to make them come true. We had a go at creating our own defixiones on metal strips, which was difficult at first because we had to learn how to mirror write our chosen curse or blessing in Latin. This term, we will continue our study of the ancient world, where we will take an in-depth look at the Roman army, whilst also studying subject and object nouns for the language element of our Latin lessons. 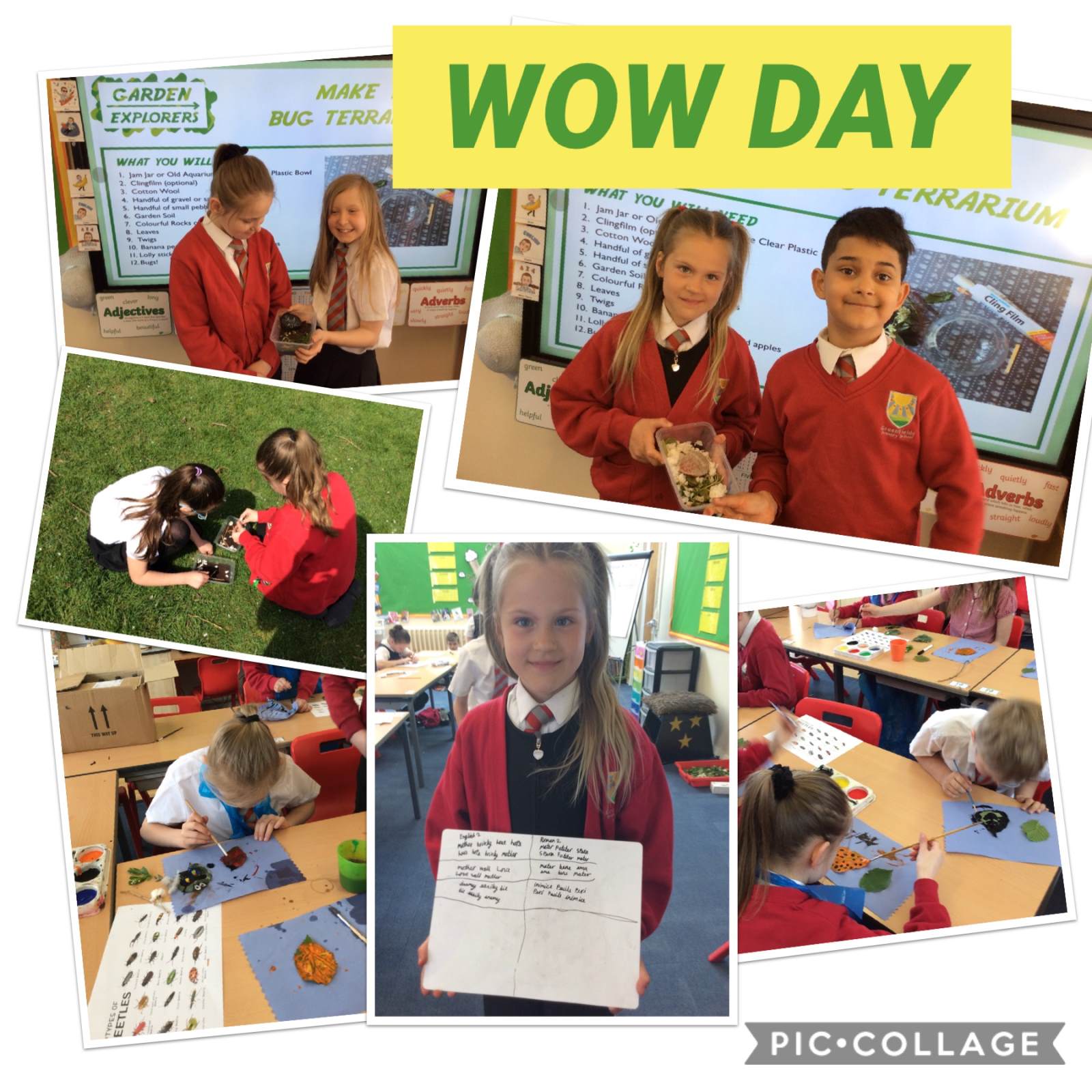