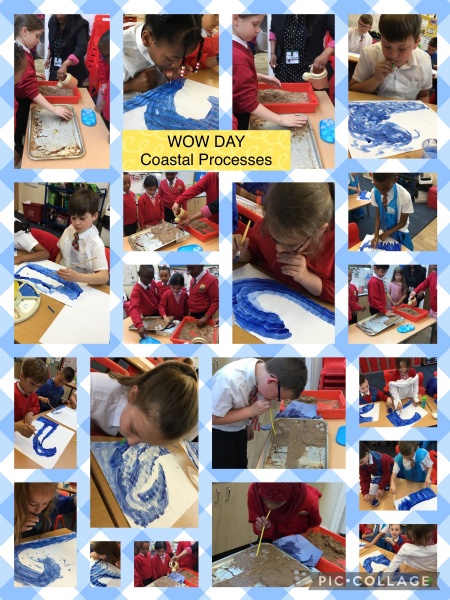 Look at the children in Marvellous Meerkats, demonstrating particles of solids, liquids and gases!

Children in Year Three had an amazing Wow Day exploring their new topic- 'Coastal Processes'. They carried out scientific experiment to show erosion, transportation and deposition. They had lots of fun creating art works depicting waves using air to blow out the paint using the same scientific technique. The children in Marvellous Meerkats were also demonstrating particles of solids, liquids and gas!